Want Higher Engagement? Multiple Recognition Channels Can Get You There

Do You Know What Your People Are Thinking?

The Key To Engaged Employees? It’s Mainly About Better Communication

Want Higher Engagement? Multiple Recognition Channels Can Get You There 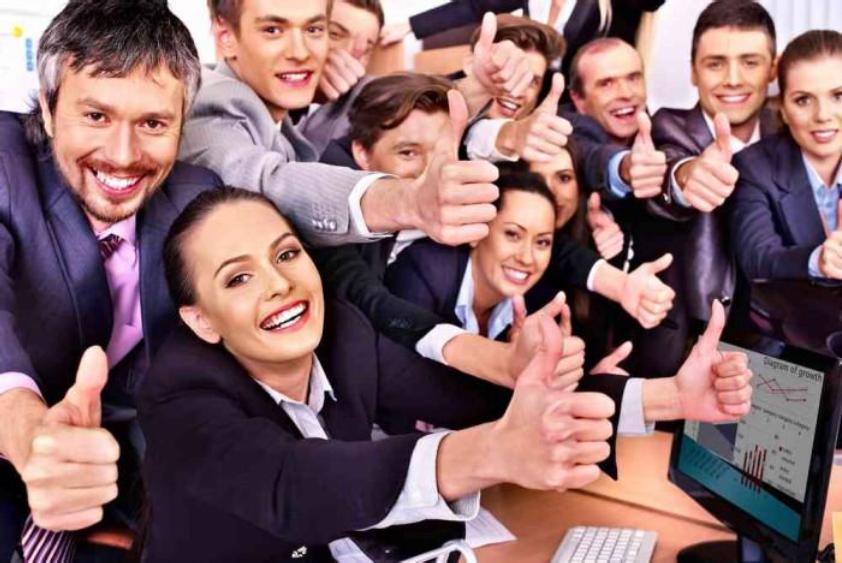 Here’s what I like about whitepapers from IBM’s Smarter Workforce Institute: They are short in length and long on data and context.

I appreciate that they share the underlying scientific concepts within their analyses of the data from their massive WorkTrends survey. Over 19,000 workers in 26 countries, a cross-section of industries, all major job families, and thousands of organizations responded to the 2013/2014 survey.

Watson is all about slicing and dicing data, and he came up with some interesting, although not surprising, conclusions about the impact of multiple channels of employee recognition.

In a point in time when organizations are grasping at any reasonable straw to increase engagement, decrease turnover and compete more successfully in the talent market, new approaches to employee recognition appear to be providing significant outcomes and ROI.

Legacy recognition programs that attempt to reward employees for sticking around for three, five, 10 and 15 years have long ceased to motivate engagement or even longevity. Who would stick around one day longer to ensure they got an ebony clock on their five-year service anniversary?

This survey analysis, How do I recognize thee, let me count the ways, explains concepts like Reinforcement Theory, ERG Theory and Social Exchange Theory to provide context for these findings that link recognition to engagement:

When voluntary quits in the U.S. are at their highest levels since early 2008, and the number of open jobs are at their highest level since 2000, it’s no wonder that employers are increasingly turning their attention to strategies that encourage employees to engage more and leave less. And because employers spend around 1 percent of their total payroll on reward/recognition programs, many are beginning to look at the ROI of that spend – and are frankly willing to spend more to increase their ROI. A negative ROI on 1 percent of payroll isn’t a good investment, but a positive ROI on 2 percent of payroll? That requires a new context and solid evidence that the investment will pay off.

Data analysis like that found in this report, helps organizations create the appropriate business case for moving reward/recognition programs into the 21st century.

The important takeaway from this analysis is that one channel of recognition communication doesn’t cut it anymore (if it ever did). The data clearly suggest that multiple technology-enabled channels including social and mobile increase the financial and engagement ROI of recognition programs. Years of service awards don’t move the needle any more. 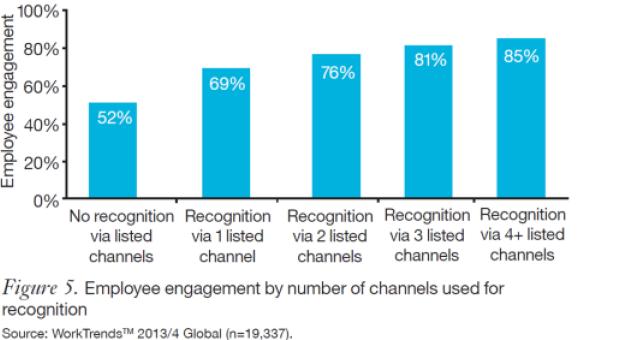 At a point in time where nearly half of employers are considering implementing new or additional recognition programs in the next 12 months, adopting approaches that use multiple technology-enabled channels appear to be the smart way to go.

At least that’s what Watson thinks.

Well known for her tenure as Chief Operating Officer and interim CEO of SHRM (the Society for Human Resource Management), China also held the posts of President of DBM North America, and President of Lee Hecht Harrison, the global consulting division of Adecco, which became the performance leader in its industry under her leadership. Read her blog at ChinaGorman.com, and contact her at china@chinagorman.com.

Coach to Your Team’s Strengths to Improve Employee Engagement